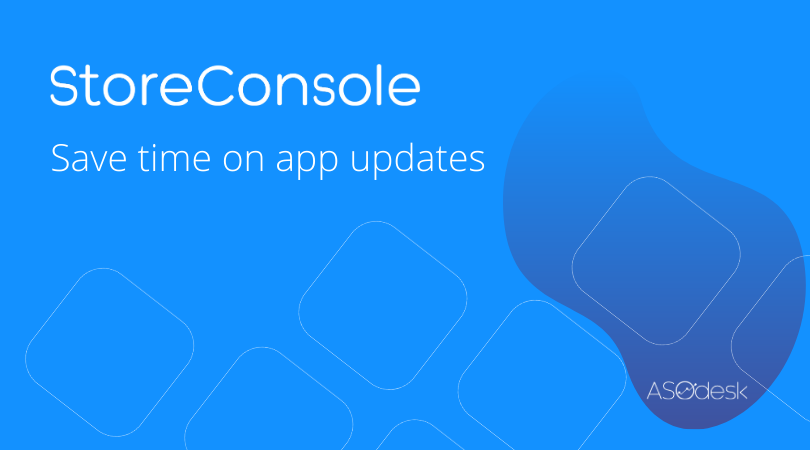 We are happy to announce beta testing of new tool: StoreConsole. The tool makes updating and creating metadata for the App Store easier. We hope it will save your working time. StoreConsole keeps all versions of your app’s metadata from the very first release and saves your time on app updates.

For a long time, we wanted to solve one of the big struggle, which forces ASO experts to create huge tables with metadata log and spend an incredible amount of hours publishing a new version of the app. That’s why we created StoreConsole.

With StoreConsole you can create, update and store app’s metadata and easily publish your apps in the App Store.

You can find several tools for editing and correcting metadata in the App Store:

StoreConsole is a part of ASOdesk. We are creating an ecosystem of tools that covers the entire process of working with the metadata, from the creation of the semantic core and before the publication all metadata in the App Store.