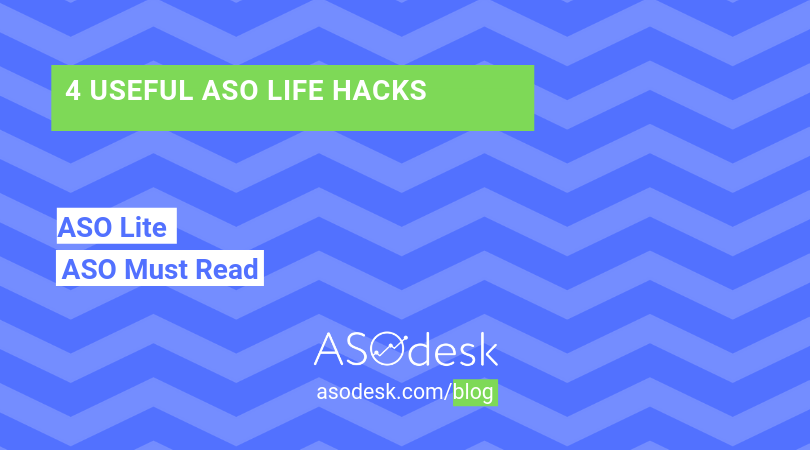 High competition in the mobile app market makes developers look for more new ways of their products’ promotion. When the main ASO tools have already been put to use, additional methods come into play, effectively helping with app promotion by keyword and category searches. We have made a list of several life hacks that will help you increase the amount of your app downloads through several simple steps.

Use of Keywords with Typos

Search queries in app stores are frequently introduced with typos and errors. A particular way of typing such queries can affect both the listing and user reach. In some cases the keyboard will correct the word automatically, but at times the query is different from the original and can’t be corrected. Developers can take advantage of this fact, when reaching out to new users.

But some users are typing “авиОбилеты” or “авиЯбилеты” with errors in spelling, and system counts these words as new search queries. The word “авиОбилеты” as you can see has a potential traffic, and you can use it in the keyword field in iTunes Connect. It can help you to reach more users, and probably be ranked higher for these keywords.

The keyword “авиЯбилеты” doesn’t have potential traffic, probably it gives you zero search result for the app.

Therefore, by thoroughly studying search queries with errors, you can find additional keywords and, conversely, save on them, making more room for new generic keywords.

Example #2. Word “music” on the Brazilian App Store is used in 1.5 as much, comparing to the word “musik.” However, the word with an error affects search listing, has potential search traffic and can bring more new users in case of low competition.

The situation is pretty much the same with the UK Google Play store. Incorrect spelling of the word “music” can as well provide an additional search traffic.

Example #3. On the UK App Store, when examining the word “fitnes” via the Search Ads Popularity tool (only for Apple), we found out that it had some popularity. You can see that it is 4 times less popular as the word “fitness,” but it has fewer competitors too. You can use the query with the error in your metadata to reach some of your potential users. To be ranked in top 3 search results by less popular keyword can give your more audience, then search positions 10-20 by very competitive keyword with a high volume of traffic.

Conclusion: Thoroughly examine product queries with spelling errors, review their use frequency, try various search variations – this will help you find more new keywords for semantic core and, thus, can help you to increase visibility in stores. The search and query studying can be done easier via our ASOdesk service and the Keyword Explorer tool.

Emojis are another aso hack that can affect app’s search listing. If you add an emoji in the general keyword list, your app will be included in the search listing more often.

However, it has to be noted that not all emojis provide results and not many people are using them in their searches – this practice is not very popular among the App Store users. But it is different, when it comes to Google Play users, as they are looking for applications using such queries more willingly.

Nevertheless, even a minor user reach will permit an application to be included in store search listings more often.

Conclusion: Emoji use is not a guarantee for the increase of visibility. But, after checking out their popularity in chats, correspondences, emails, etc. you should probably take into consideration that search queries with emojis can potentially become more popular, than the plainly textual ones.

Remove Brand Name on the Icon

It often happens that the product name and developer’s name are identical. Such a case provides developers with a good opportunity to save on characters in the title and, thus, expand their keywords for promotion. If you move the product name to the developer icon and add the developer into the name, the app will nevertheless continue to be indexed by its name in searches.

This will allow adding extra keywords into the title – the ones that can affect the amount of app displays in the search. This is exactly what developers of a popular LitRes book reading app have done.

The developers of the McAfee app for device protection and data saving have used this method.

Conclusion: Try to move your brand onto the icon, if you have the same developer name, thus freeing up room for keywords in the title. This will provide free characters that can be used for other generic queries. As you know, the words in the product title have a more significant impact on ranking, comparing to the keywords in other indexed textual fields.

Use of Diacritic Characters

In many countries, diacritics are essential to various languages. For example, in Czech there are ě and š, in Poland – ś and ó, in Germany – ä and ö, and so on. However, mobile app stores don’t take them into account during search queries.

When we’ve been exploring App Store and Google Play, we were reviewing countries, in which diacritics are integral to the language. For example, we have noticed that the stores don’t consider diacritics in queries for Portuguese words “música” and “musica,” providing the same listing of apps in search results.

The same thing refers to the Spanish variation of the word “avion” with diacritics. Spanish App Store and Google Play don’t consider the word “avión” in the queries, thus, providing the same listings.

Conclusion: It doesn’t make much sense to use diacritics as additional keywords, as this doesn’t affect the listing. Before updating metadata, double check all the diacritics that you would like to add and compare the number of users per search query and search listing for them.

App search optimization is not a simple process, as it involves a lot of moments that should be taken into account during promotion. You should constantly test your hypotheses, measure results, and change keyword searches, if they aren’t working effectively enough. Herewith, you will be able to get to know your user better, which will consequently help you increase installs and make the product visible.

Check your app ranking at ASOdesk

How ASO specialists can conduct app page localization for Japan

In this article, we will analyze the features of the Japanese language and the rules for compiling adequate requirements for a translator. We will also explain what to take into account when collecting the semantic core and doing textual and visual optimization, as well as share app localization tips. Read more 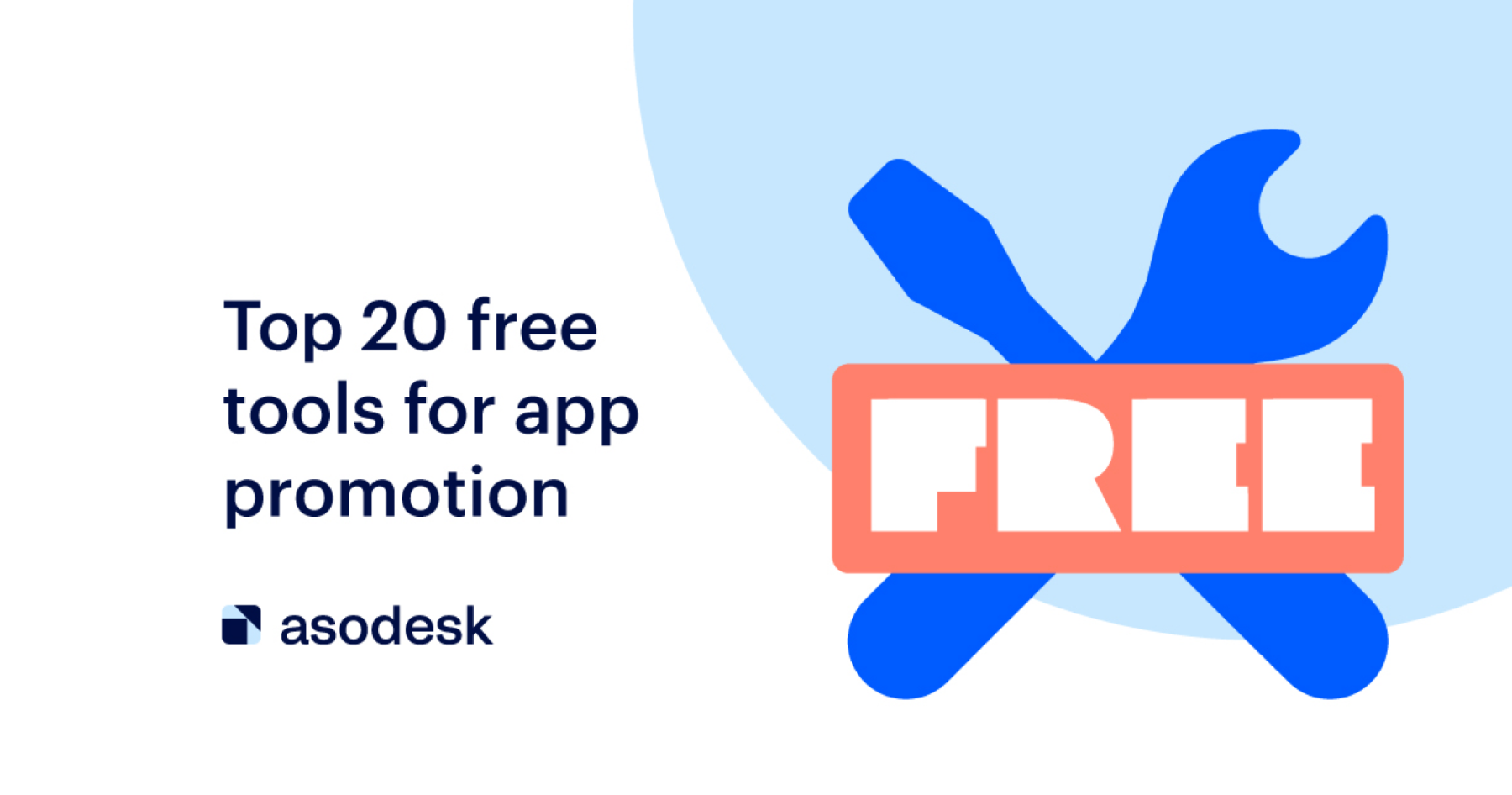 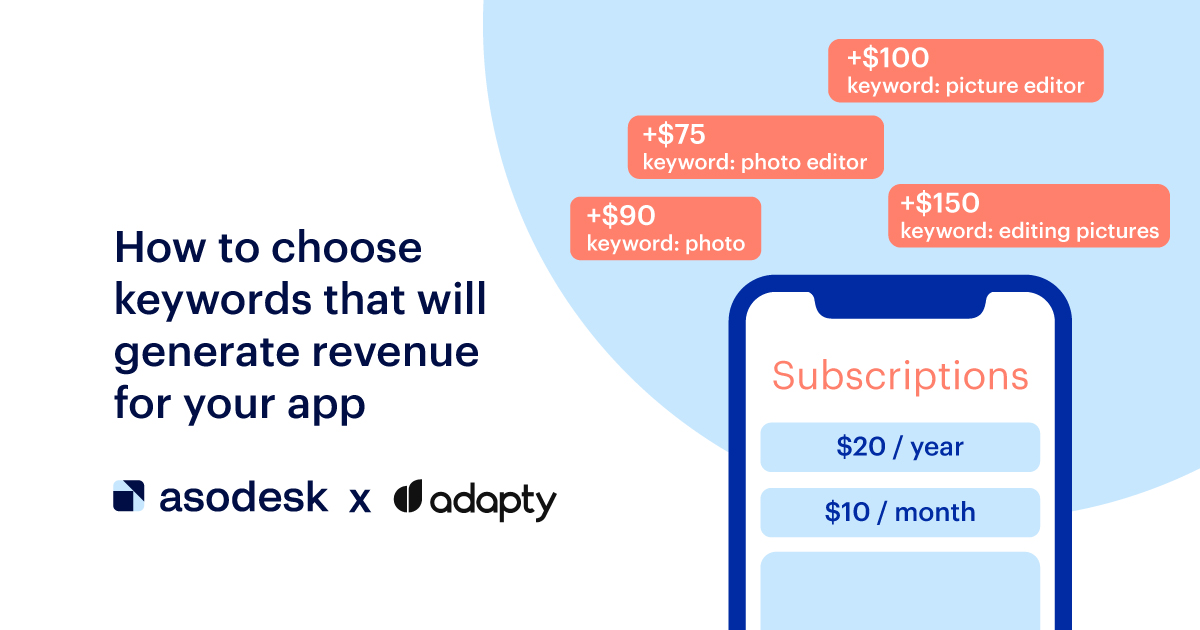