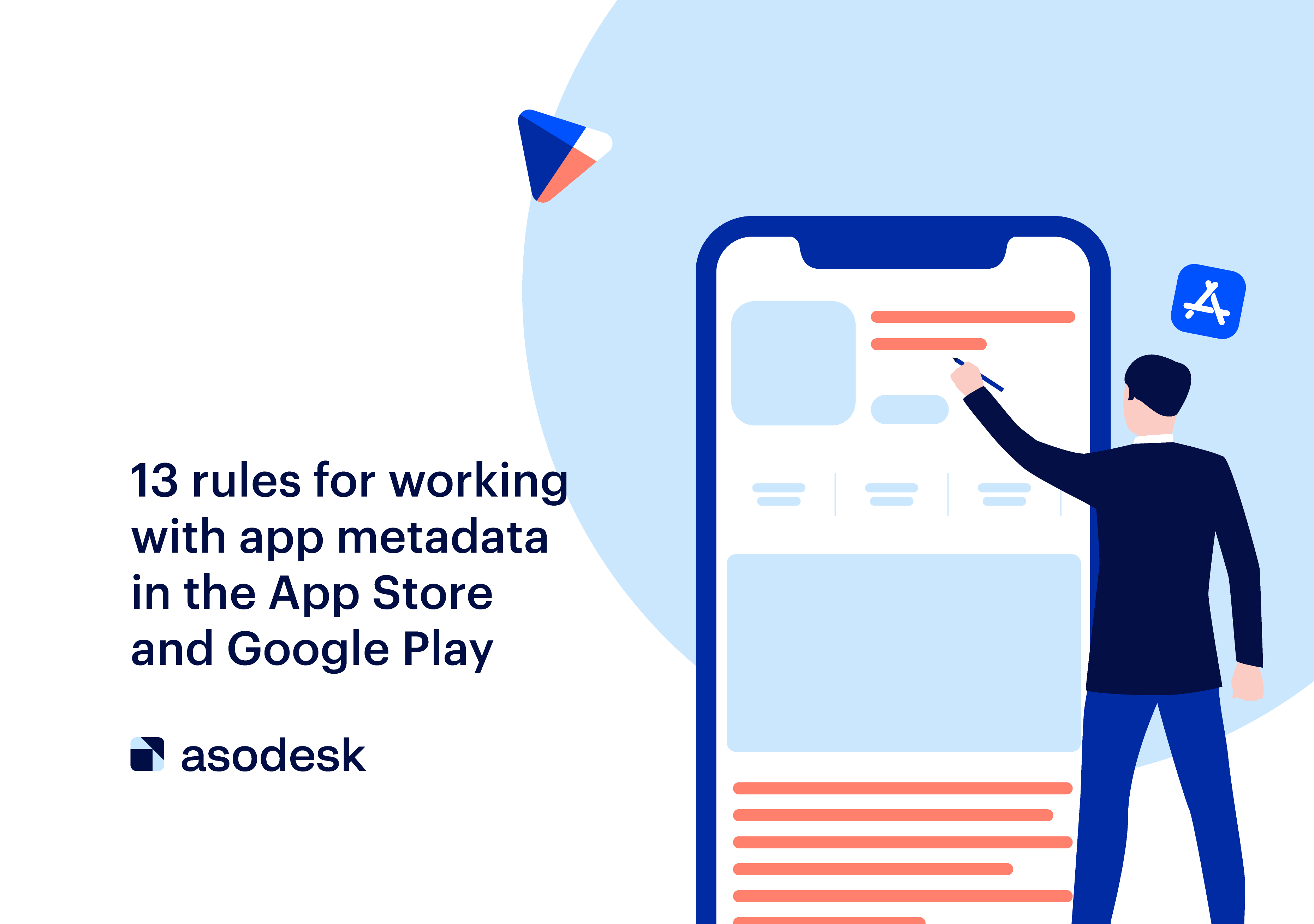 App positions in the App Store and Google Play directly depend on metadata, such as the title, subtitle, promo text, short description, and full description. In this article, we have compiled rules and hacks that will help aspiring ASO specialists create the most effective text metadata for promotion.

First, let’s talk about what metadata is and how it differs in the App Store and Google Play. Metadata refers to fields filled with information about an app. They are divided into text (title, subtitle, promo text, short and full description) and visual (icon, screenshots, video).

Let’s discuss the basic rules that are important to remember when working with text metadata.

1. Don’t use spaces in the App Store keywords field

This is the first and most important rule to remember when filling out the keywords field in the App Store. You do not need spaces; it is enough to separate words with commas and the system will automatically understand them. Do not waste characters on spaces: because of this, you may not fit all the necessary keywords.

2. Put the most important keywords in the app title

The title has the strongest influence on app rankings in search, so you should put the most important and high-frequency keywords there.

At the same time, words from the title and subtitle (App Store) or short description (Google Play) should form as many phrases as possible. Then you will rank for more search queries.

For example, the publishers of the Duolingo app used the word “language” in the title and added the words “spanish”, “french”, “german” in the keyword field. In this case, the app will be ranked for the phrases “spanish language”, “french language”, “german language”.

The most important keywords should also be placed earlier in the title, as they will have the greatest impact on indexing.

3. The title should be informative

Make sure that the title is not an incoherent set of keywords. The user primarily pays attention to the title and should immediately understand what your app is for and what they can do with it. Therefore, it is important that the app title speaks about its features and motivates the user to download it.

For example, the Meditopia app has a clear and concise name. It is immediately clear that the app will help users with meditation, sleep, and breathing.

4. Use additional localizations in the App Store

Additional localizations only work in the App Store and allow you to show users the app page in their language. With additional localizations, you get 160 more characters to rank for (30 for the title, 30 for the subtitle, and 100 for the keywords). You can add search queries in another language that have traffic in the selected country. For example, in Canada, in addition to the main language English (CA), you can add metadata in French (CA). Check all available localizations in the App Store in the free Asodesk table.

If you are not interested in users from the additional locale, you can add queries for the primary locale to it. For example, you don’t want to create separate metadata for Spanish (MX) in the US. Then, you can use this locale for the popular US queries that did not fit in the main field.

5. Don’t add misspelled keywords to app metadata unless there are sufficient Daily Impressions

The App Store has an autocorrect feature that corrects typos in queries. Google Play also suggests correcting misspelled words. However, some requests are not automatically corrected by the system and still have traffic. You can use such queries in metadata.

To decide whether to use a query in the metadata, first see if the App Store and Google play autocorrects this word and check its Daily Impressions with Keyword Explorer in Asodesk. This metric will help you see the number of impressions per query per day. For example, the query “languge” has 44 Daily Impressions. You can add this keyword to the metadata if you want to rank for low-frequency queries.

Try Keyword Explorer for your apps for free.

Repeating keywords in the title, subtitle, and keywords (App Store), or title and short description (Google Play) does not increase their indexing by the search algorithm.

Asodesk’s Optimizer will highlight the keywords you repeated in the app title and subtitle.

However, to strengthen your rankings for keywords, you can repeat them several times in the full description on Google Play. Artiom Tkachuk recommends repeating important keywords 3–4 times in a 2000–2500 character text. If the description is longer, the keyword can be repeated up to 5 times.

Asodesk’s free Keyword Density Counter tool will show you the number of keyword repetitions in the app description.

The App Store automatically indexes apps for additional queries that are related to the app category. For example, if an app is in the “free games” category, the keywords “free” and “games” will automatically be added to its set of keywords. You don’t need to include these words in the metadata, the app will rank for them anyway.

Besides, adding certain keywords to visible metadata is prohibited by the App Store policy. For example, you cannot place requests with the words “free” in the title, or put prices in visible parts of the app page (paragraph 2.3.7 of the App Store Review Guidelines).

Google Play prohibits indications of app price and rating, as well as Google Play programs such as “Editor’s Choice”, “New”, etc. in the metadata. You cannot use the words and phrases: “App of the Year”, “No. 1”, “Best Google Play App of 20XX”, and “Popular”.

Do not use keywords that violate App Store and Google Play rules to avoid getting rejected.

8. Don’t put plural and singular forms of English keywords in the App Store

It’s important to remember that the App Store automatically recognizes noun numbers for English. It is enough to write the query “photo” and the app will also be ranked for “photos”.

9. Don’t use other apps’ branded queries

According to App Store and Google Play rules, third-party brands and trademarks cannot be used in the metadata.

If you still want to attract traffic for branded queries, you can use a misspelled branded keyword if the App Store doesn’t correct it automatically and there’s traffic for that query. However, you can’t add someone else’s branded query to the visible metadata on the App Store and Google Play. Moderation will reject your app if you do this.

You can use the names of other brands if your app is directly related to them. For example, it would be acceptable to add the phrase “story saver for Instagram” if your app helps with saving stories from Instagram.

Some words in the App Store do not contribute to promotion but take up space in the metadata field. The use of such words is not considered an error, but adding them will not affect the position of your app.

In the picture, you can see some of the stop words that should be avoided in the title, subtitle, and keyword fields.

Asodesk’s Optimizer tool helps you track down stop words in your app’s metadata faster. Words that do not contribute to promotion are highlighted in blue.

Optimizer will simplify the process of creating metadata for your apps.

11. Include important keywords in Package name on Google Play

When adding a new app to the App Store and Google Play, you need to specify its identifier (Bundle ID).

In the App Store, this field is called Bundle ID; is it closed and hidden from the users. Google Play also has Package name, where you can add keywords that will aid promotion. For example, add a keyword related to your brand.

On Google Play, the user sees the app page in the language of their device, regardless of which country the account is registered in.

But if you want to show the app page for a specific country, select Custom Store Listing when filling out the metadata. Google will then show a custom app page based on the user’s IP. For example, you can show the selected page to users who are located in Mexico.

There is a separate section for Custom Store Listing in the Google Play Console.

You need to create a description based on which Google Play will attribute your app to the correct category. This affects app positions in the category and promotion through Similar Apps.

Google Cloud Natural Language will help determine the importance of keywords in the text and show how Google categorizes your app. The Confidence indicator shows how suitable an app is for the selected category.

Confidence should be above 0.85 if the tool only allocates one category for the app. If there are multiple categories, Confidence can be slightly lower than 0.85. Read how to use this tool in our article.

Save this article to bookmark so that you can return to it when compiling app metadata. Master the basics of ASO from scratch in 10 days with our free email course.

Written by
Julia Suliagina
is@asodesk.com
Asodesk Content Manager. She writes newsletters and articles in blog. Make all complex topics in ASO easy and interesting.
All articles by author
Get the latest news, case studies & articles on app growth, ASO, and customer support
I agree with Terms and Conditions
Also read:
Guides
How to conduct an ASO audit for your app page in the App Store and Google Play 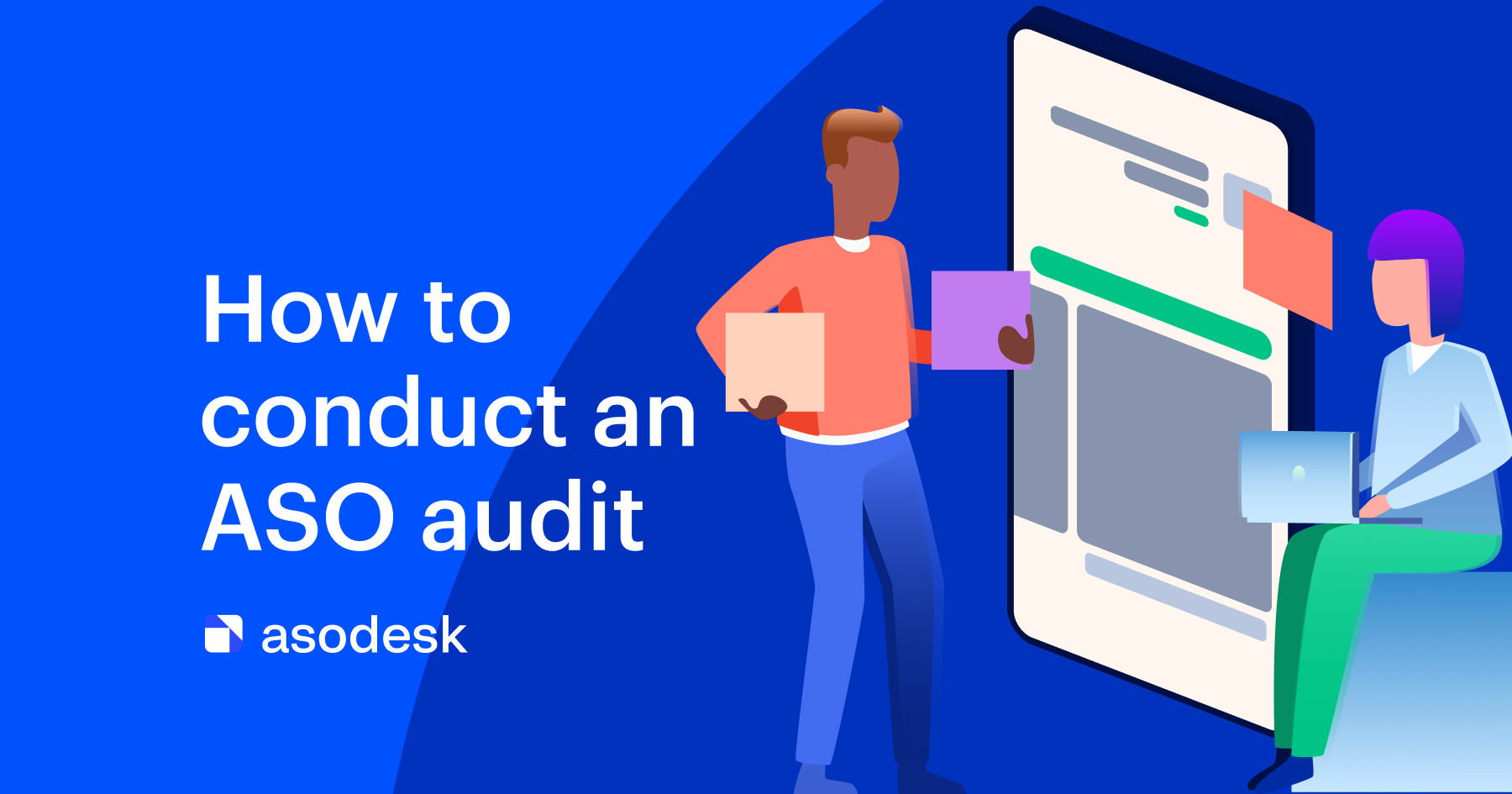 If your App Store Optimization is not effective enough, you need to conduct an ASO audit. It will help to find what is wrong with your ASO strategy and how you can improve it. In our latest article, we give an ASO audit checklist for your app page in Google Play and the App Store. Read more

Guides
How to write an app description for Google Play and the App Store: 9 tips

How to write an app description for Google Play and the App Store: 9 tips

A good description not only presents facts about an app, but also motivates users to install it. In this article, we will share some tips on how to create app descriptions that will help to increase your app’s Conversion Rate, as well as improve your keyword ranking in Google Play. Read more

Guides
How to conduct app page localization for Indonesia

How to conduct app page localization for Indonesia

Indonesia ranks 4th in the world in terms of the number of smartphone users, and about 198 million people speak Indonesian. In this article, we will tell you what features should be taken into account when localizing an app page into Indonesian, how to search for keywords, and compile text and visual metadata for Indonesian users. Read more