DEVGAME develops and promotes 44 games on the App Store and Google Play. We know that effective work with reviews helps to influence app metrics and even radically change them. In this article, I will share two case studies of our apps with you. Read how user suggestions helped increase revenue by 48%. Learn how we raised our app rating from 2.4 to 4.1 thanks to strategic placement of the “rate us” pop-up.

Case study №1: Review analysis helped increase app revenue by 48%
Case study №2: “Rate us” pop-up in the right place helped raise our app’s rating from 2.4 to 4.1
The main takeaways from these cases

In our kids’ role-playing game “Robocar Poli”, a new location was closed for a long time and users saw a “soon” sign instead. When we just released the game, we planned to open access to this location almost immediately, but then we began to doubt our plan. This update development may require too many resources, and we didn’t know if it would increase our revenue.

We started monitoring reviews to understand if people are interested in the game and whether we should think about its extension. Then we noticed that in every second review in the App Store and Google Play we were asked to add a new location.

By the way, you can find requests for a certain feature or bug reports with a search by text in the Reviews & Replies Board.

Reviews can also be tagged, which makes it easy to view users’ opinions in one place.

You can create tags using the Tags tool, which is available on the Business Reviews plan.

We also use the Featured Reviews tool to explore the top reviews that are popular with users from different countries. If a critical review gets a lot of likes, then people are worried about this problem. That is why it is important to explore Featured Reviews.

You can start using Asodesk for free.

Thanks to reviews, we realized that it was time to update the game. We expected that new locations would help to incentivize people to renew their subscriptions and boost user loyalty. After we added a new location, downloads in the App Store increased by 24% and revenue grew by 48% in six months.

We also changed the monetization, so this shift was not only because of the new location. However, the location certainly played a significant role in improving app performance, as it opened up more content for the user. Players became more interested in signing up for a longer subscription as the game got longer.

If it weren’t for the high volume of reviews asking us to add a location, we wouldn’t have decided to develop it. Therefore, when planning updates, it is very important to rely on reviews in the App Store and Google Play.

💡 Idea: if you have a limited advertising budget, you can save money on retargeting with reviews. You can go through all the reviews for the old version, where people not only asked for an update but also left positive comments. You should let them know about the updated version with a message like this: “Hey! In the new update, we have added more locations to the game. You can now update the game to get access to them”.

You can learn more useful ideas for analyzing and responding to reviews in this pdf-guide “33 hacks for working with reviews”.

We have an app on Google Play with several learning topics for kids from 0 to 3 years old. One topic is available for free, while the rest can be accessed after a paid subscription. This app was making good money, but its rating was low.

Every month, the rating went down and eventually reached 2.4, as users left a lot of bad reviews.

We analyzed the reviews to understand why the rating is so low. Users noted that we have had too little free content, everything had to be paid for. All developers with paid content get such reviews, but we had too many of them.

While testing the game, we found a problem: the “rate us” pop-up was in the wrong place — after the first level:

So we realized that we were essentially provoking bad reviews from users. The “rate us”  pop-up should be placed after the player experiences positive emotions. But we put it in the wrong place, which caused the player to get annoyed, give a low rating and leave bad reviews.

We currently use the Reviews Analysis tool to analyze reviews after the update. With this tool, you can see how many positive and negative reviews were left by users for a certain version of the app in the country you need.

To analyze app ratings, we use Rating Analysis. This tool allows you to find changes in ratings for any country and version of the app.

As a result, we solved the problem of low ratings in a complex way:

The screenshot below shows how the number of positive reviews began to change after the update.

However, the process of improving the rating was not fast: it took about 9 months for the rating to grow from 2.4 to 4.1.

Revenue for 6 months increased by +26% for several reasons:

The main takeaways from these cases

1. If a significant number of users ask you to add new content or features to the app, it is better to listen to them. In our case, a new location in the game helped increase revenue and app downloads.

2. If your app gets too many negative reviews, test it again. Perhaps you put the “rate us” pop-up in the wrong place. A more strategic location of the pop-up, as well as the addition of free content, helped us almost double the rating.

Read more tips on working with reviews on kids’ apps in this article.

Replies to reviews tools in Asodesk help us analyze user reviews and respond to them faster and more efficiently. Thanks to convenient filters and tags, we can easily find the necessary reviews and save them. And the Templates tool allows you to save time on answers. By the way, until June 26, in honor of the 6th anniversary of Asodesk, all plans for working with ASO and reviews are up to 35% off. Find all the details on our website.

Written by
Anna Antsiferova
a.antsiferova@devgameou.com
Anna Antsiferova — Head of ASO at DEVGAME. She works on branded children’s games. Anna has worked in ASO for over 4 years, and also trained an entire ASO team from scratch.
All articles by author
Get the latest news, case studies & articles on app growth, ASO, and customer support
I agree with Terms and Conditions
Also read:
News
Reviews on Google Play will be published with a 24-hour delay: how it can affect your work 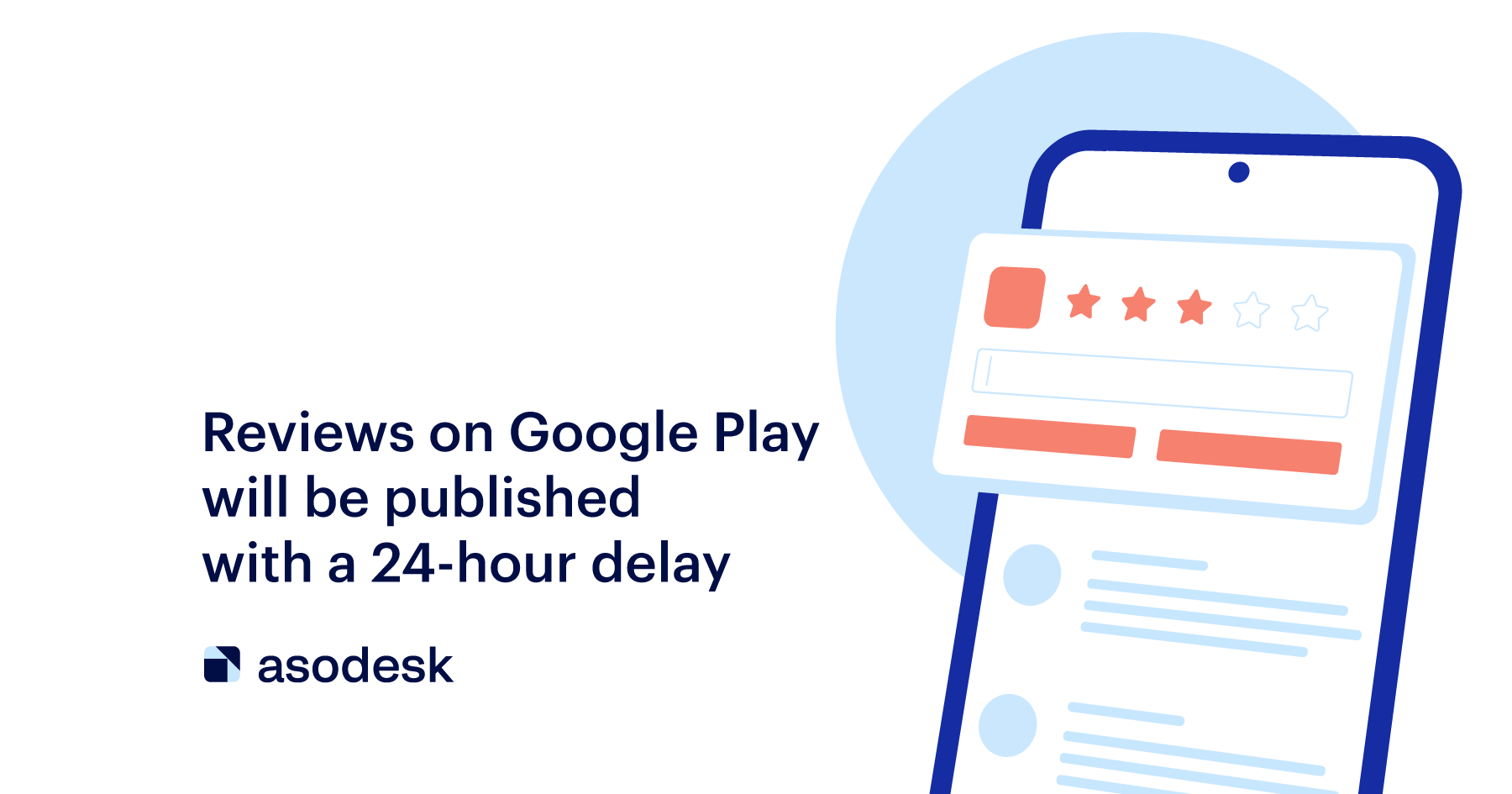 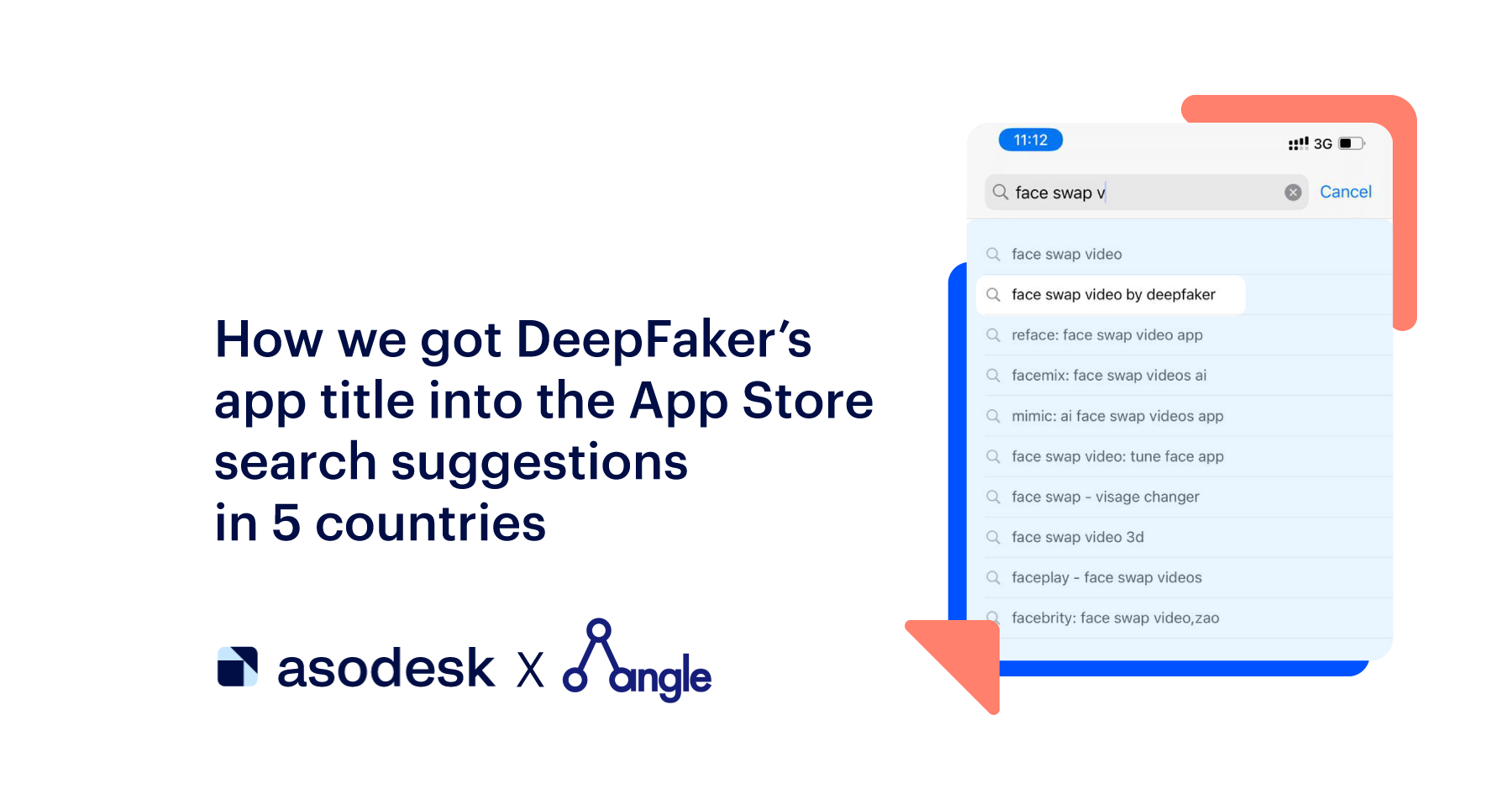 Often, the correct selection of keywords and knowledge of App Store algorithms become the main influences of ASO success. In this case, I will tell you how the new app appeared in the App Store suggestions — thanks to which, it started receiving hundreds of installs. Read more