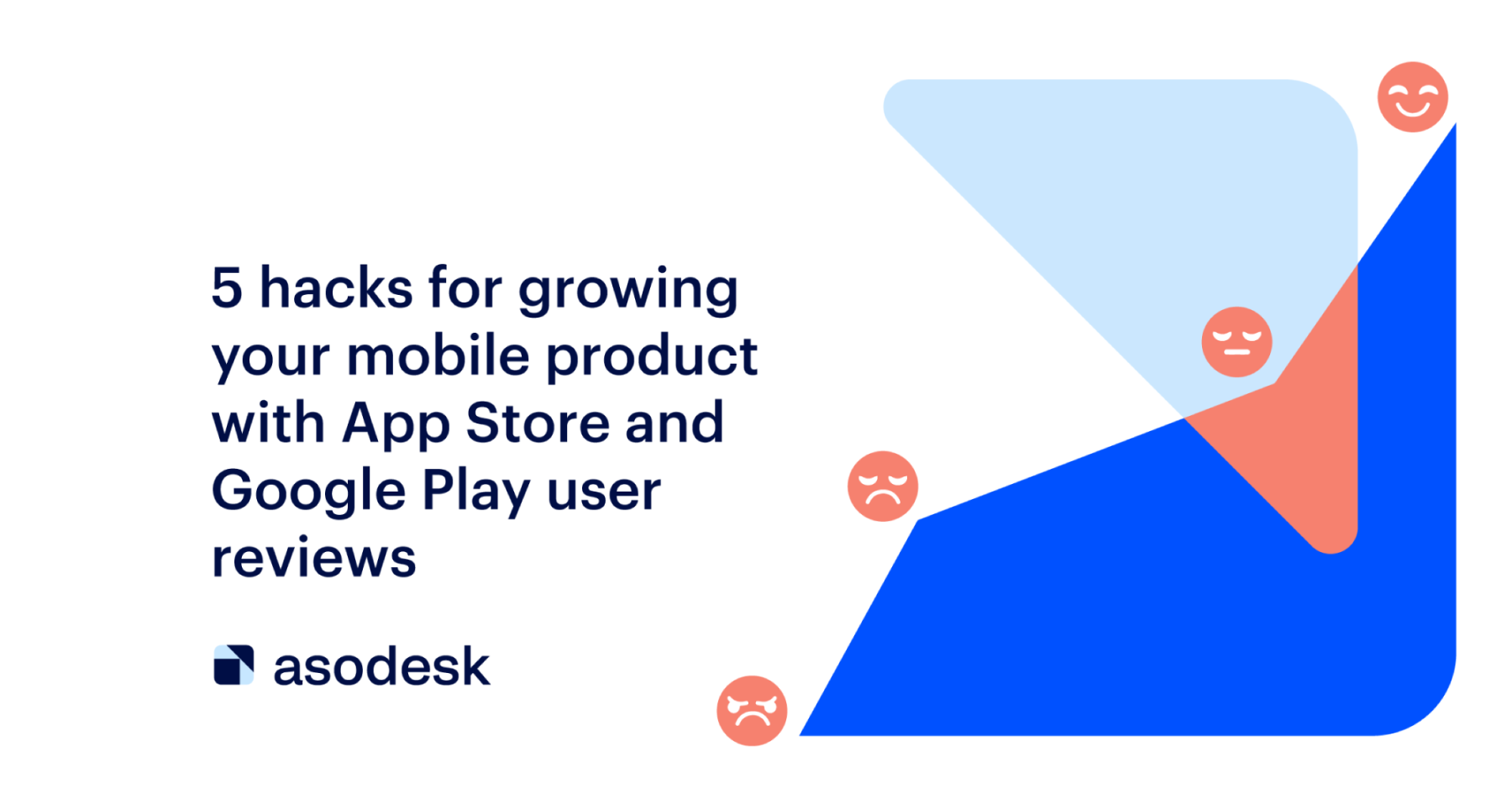 When developers improve apps according to user reviews, their loyalty, install numbers, and app conversion increase. In this article, we explain how to competently develop a mobile product using reviews in the App Store and Google Play.

1. Check competitors’ reviews in the App Store and Google Play when creating your product’s roadmap

Analyzing user reviews helps not only to improve an existing product but also to create a new product by taking into account all the needs of the target audience. Before developing a mobile app, it is useful to analyze competitors’ reviews. This way you can find out what features users want in similar apps and add them to your product.

You can analyze your competitors’ reviews in the App Store and Google Play manually, or speed up the process with the Reviews & Replies Board in Asodesk. Add any competitor to the tool. You can also choose the country, rating, and review length. Searching by word will allow you to check whether the app has the functions you need.

For example, we want to create an app for podcasts. We analyzed the reviews of a popular app and found out that users are unhappy with the playback of podcasts. Each time you play a podcast, it starts playback and does not resume. It is important to avoid this error when creating our app.

Start using the Reviews & Replies Board and other Asodesk tools for free.

Ideally, you should analyze competitors’ user reviews before the development of your app. This way you can cover all important functions for your users and avoid repeating the mistakes of your competitors.

2. Learn about critical bugs and fix them

After updates, app ratings in the App Store and Google Play often drop as users discover a large number of errors. Thanks to the first reviews about a new version, you can detect and fix bugs before a large number of users unsubscribe or delete your app.

If you notice users’ problems quickly and fix bugs in the app, you can also avoid a drop in ratings. For example, the publishers of this game fixed a bug, after which a user changed their rating from 1 to 5.

Whenever we’re launching a new feature that was highly requested in customer support, or whenever we promptly fixed a bug that was creating a lot of frustrations, we’ve seen instant positive feedback.

When users see that you listen to them and adapt the product for their needs, they become more loyal and recommend your product to friends, and your install conversion increases. For example, a user asked to add the “children or no children” category to the search of the dating app. This option was added; the user realized that their opinion was important to us, continued to use the app, and referred friends.

You should also inform users once a bug in the app has been fixed; this way, they are more likely to change their rating. Therefore, the product team and the app support need to quickly interact with each other: support managers should report bugs in time, and developers should let them know when the bugs have been fixed.

Read how to correctly respond to negative user reviews in our pdf-guide “33 hacks for working with reviews”.

3. Use reviews to compare the success of different updates in the App Store and Google Play

A few weeks after the update, you can already judge how much better the new version of the update is compared to the previous versions. For example, using Rating Analysis in Asodesk, we compared the ratings of three different versions of the app.

You can also divide user reviews into groups so that your product team can navigate them more easily. It is important to build a system that will help you effectively compare reviews on different app versions, communication channels, and user categories.

4. Learn about features that users will enjoy

User reviews are a great source of free and useful tips, which will help the app gain a high rating and loyal users. The most popular development ideas are at the top of the page, in featured reviews. They were liked by most people, which means they need to be implemented first.

For example, using Featured Reviews in Asodesk, we checked featured reviews about the language app for different countries and learned that users are asking to add the ability to practice the rules one by one, repeat the old rules in new lessons, and add a help button when there’s a mistake.

Featured Reviews allows you to analyze app reviews for all countries.

After the feature was introduced, we received regular positive feedback from users. For example, we added a coronavirus vaccination column, invisible mode, and a trial period as a reward for viewing ads, after which some users improved their ratings.

User reviews will be very useful to a product manager when making plans for the further development of the app. You should implement user requests as much as possible, after fixing critical bugs.

5. Improve your install-to-subscribe funnel with reviews

From user reviews, you can learn what mistakes you made in the process of user onboarding or between installation and purchase. For example, from the review below, we can conclude that the app publishers removed free content. However, they did not think about how they could retain old users who used these features for free.

Reviews also let you know about problems that may occur when users cancel their payments. For example, this user wrote that although they unsubscribed, their card was still charged. The app publisher needs to fix this problem to avoid getting negative reviews that spoil their app’s reputation.

Also, apps often get a lot of reviews about overpricing. In that case, you should determine how justified these reviews are.

There will always be complaints about pricing in the app reviews, as long as the app has a premium component. But these complaints can actually have two interpretations:

1. If people say something about the price, it means they’re not indifferent to it. That your premium product is attractive enough for them to consider it.

2. At the same time, complaints about pricing could indicate a legitimate problem, in some cases.

When in doubt, we compare the feedback with the sales KPIs — to see if there’s healthy growth, or if there are signs of weakness. It often turns out that the revenue/CR is actually healthy, and pricing is at the right point. But I’ve also seen the reverse, where feedback would signal a pricing problem in certain international markets.

Reviews about high prices may also indicate that you are attracting an insolvent target audience. For example, you might be targeting an audience that won’t make any purchases in the app or optimizing the app for keywords that users often use to install the app but rarely make any purchases. Read how to find the keywords that will bring the highest revenue to your app.

Which product department tasks can work with reviews help with?

Reviews help improve not only the product itself but also the user’s interaction with it, as well as promotion strategies. Therefore, in addition to the support managers, the product department should also be involved in your work with reviews.

Product managers should have skills in working with reviews, in the sense that they should be able to extract insights and hypotheses that can be further tested in quantitative ways, or verified against available data.

Customer Support is the first in line to monitor feedback and answer specific requests, but we’re all up-to-date with what people are saying in the App Store.

For example, I have a daily alert that gives me a summary of all new reviews published about us and our main competitors. It’s a great overview of market sentiment, our standing, and where things are going. If certain things are noteworthy, we share them on Slack and discuss a course of action.

Product managers, PR managers, and SMM managers should understand how to work with reviews, be able to distinguish constructive reviews from emotional or paid (black PR), know how to work with negative reviews, and retain loyalty. Without these skills, they won’t be able to determine whether your team’s approach to responding to user reviews and communicating with users is correct.

In our company, customer support and marketing teams interact with users directly, collect first-hand feedback, and pass constructive feedback on to the product department. After tests, surveys, and brainstorming sessions, new features get introduced.

User reviews help solve several important tasks for a product manager at once:

Thus, in order to effectively develop a product, a product manager needs to have the skills of working with reviews in the App Store and Google Play. Asodesk tools will let you analyze, filter, and save user feedback much faster and more efficiently. Start using tools for your apps for free.

Subscribe to our newsletter to receive new articles on working with reviews, ASO, and mobile marketing.

Written by
Julia Suliagina
is@asodesk.com
Asodesk Content Manager. She writes newsletters and articles in blog. Make all complex topics in ASO easy and interesting.
All articles by author
Subscribe to receive handpicked App Store Optimization Tips
I agree with Terms and Conditions
Also read:
Cases
How reviews analysis helped us increase one app’s revenue by 48% in the App Store and boost another app’s rating from 2.4 to 4.1 in Google Play 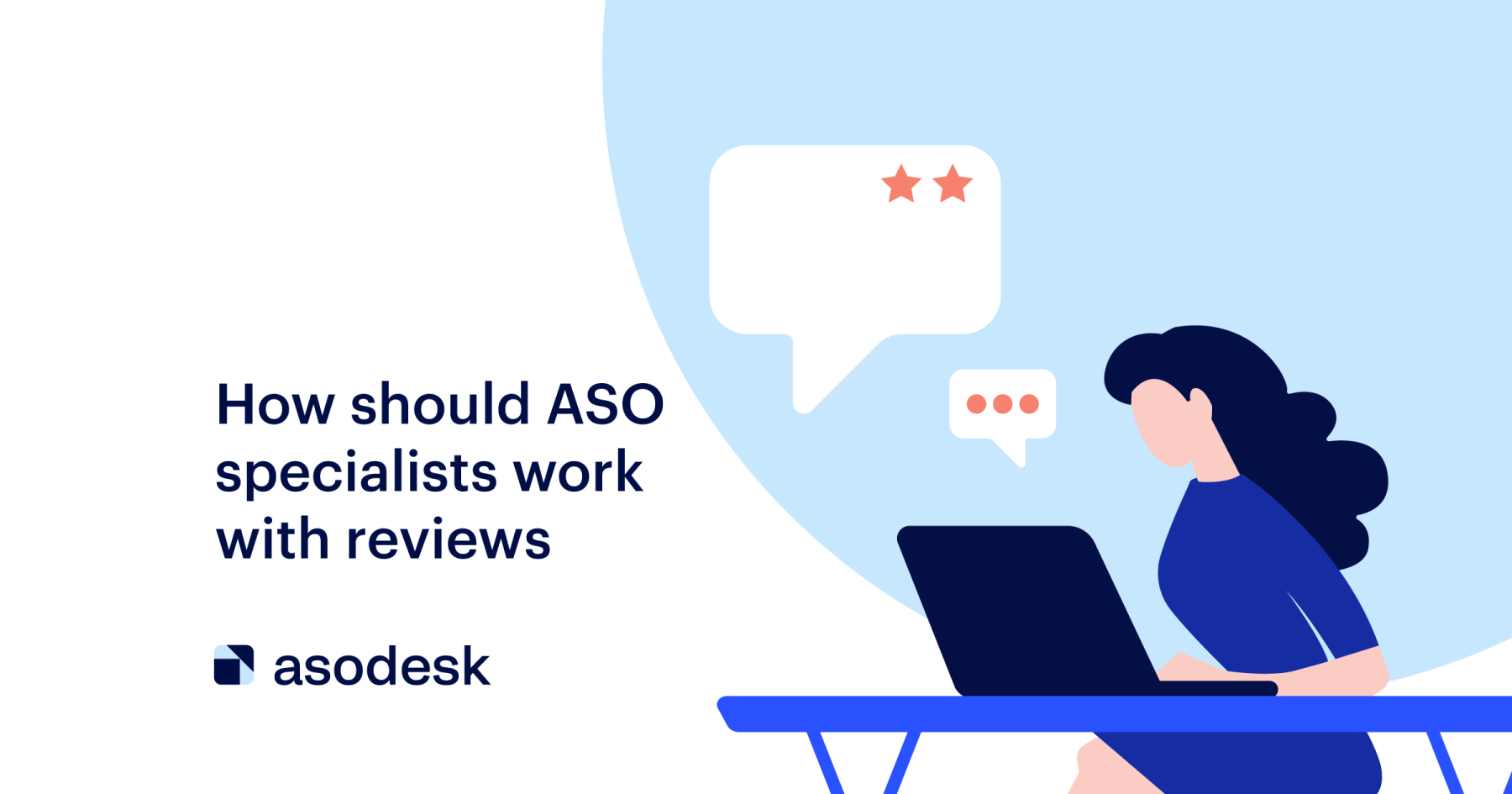 In this article, we'll discuss why it's important for an ASO specialist to work with reviews, what skills will help improve an app's rating, and influence the app promotion in the App Store and Google Play. Read more