Apple will allow developers to increase subscription prices in the App Store without notifying users. Google introduced Custom Store Listing improvements, ultra-low prices, new subscription capabilities, and added accessibility tags. Asodesk has added an Estimated Installs metric to the Keyword Table. Read the most important ASO news for May in our digest.

Currently, if a developer wants to increase subscription prices, users must agree to them, otherwise, the subscription will not be renewed.

The update will only be valid if developers met three conditions:

1. The price is changed no more than once per year.

Apple will notify users about price increases in advance via email, push notifications, and a message within the app. Apple will also tell users how to manage subscriptions and cancel them if necessary.

If the above three conditions are not met, the user must opt-in before the price increase is applied.

Starting June 30, 2022, all apps available on the App Store that allow users to create a new account must also offer a way to delete that account if they want to. This new rule was outlined in the App Store Review Guideline 5.1.1(v).

There are some requirements for this new rule:

WWDC 2022 is open for online registration

Apple announced that Apple Keynote will be held on June 6 from 10:00 a.m. PT. You can watch it online on apple.com and the Apple Developer app.

Digital Lounges are now open for online registration. There will also be the Apple Design Awards sessions, labs, and challenges from June 6–10. Learn more about the program and register here.

On World Accessibility Awareness Day, Google announced several new features in its products, such as support for alt texts in Gmail, native support for Braille displays in Android, and tagging of available apps on Google Play.

Google has started tagging accessible apps in the Play Store with accessibility tags (a11y, short for accessibility), which make it easy for users with special needs to find apps they can actually use. These tags will appear as little chips in the “About this App” section.

A11y tags will be applied to the following application categories:

On Google I/O, the company introduced improvements to Custom Store Listing in Google Play, which now allows developers to create up to 50 pages per app. Each page will have its own analytics and unique deep links.

1. Company made improvements to Store listing experiments. Developers will now see the results faster, as well as with more transparency and control, which will help you to understand how long each experiment will take.

2. Company will also make it easier to set up deep links correctly and keep them up-to-date. The new page with all relevant information about deep links and tools related to them will soon be introduced in Google Play Console.

3. Company also reminded us about LiveOps, which helps developers to notify users about events on an app. According to Google, this feature drives 5% more 28-day active users and a 4% higher revenue for developers who use it. You can join the beta program of LiveOps.

1. The company added pricing options with ultra-low prices starting from 5 cents in any country. This will help developers to boost sales and promotions as well as support micro-transactions from users.

3. The company also developed new subscription capabilities. Now you can add multiple base plans and options. This allows you to sell the subscription in multiple ways and reduces operational costs by removing the need to create and manage an ever-increasing number of SKUs. Each base plan in a subscription entails a different billing period and renewal type. Plans can also include multiple offers supporting different stages of the subscription lifecycle. We added an example of this in the picture below.

4. Thanks to new prepaid plans, users can gain access only for a fixed amount of time. They can extend access to the app before the plan ends. Prepaid plans allow developers to reach users in regions where pay-as-you-go is standard, including India and Southeast Asia. They are also a good alternative for users who don’t want to purchase an auto-renewing subscription.

5. In-App messages will allow developers not to return subscribers whose payment was canceled. With In-App messages API, you can see when a user opened the app. If payment was declined, a message will remind the user to update their payment information.

You can use all these features with the latest version of Play Billing Library.

According to Google, it can be hard to understand which SDK is secure. That is why Google made a portal with 100 commercial SDKs and information about each of them. For each SDK listing, the Google Play SDK Index combines usage data from Google Play apps with SDK code detection to give insights created to help developers gauge if an SDK is suitable for an app and its users.

The following information will be available to developers:

SDK providers can also share some information related to the SDKs that they registered on Google Play SDK Console, such as:

Google also introduced API Play Integrity which protects apps and games by detecting fraudulent and risky interactions, such as traffic from modified or pirated app versions and rooted or compromised devices.

Read about other new privacy features in the Android Developer blog.

In November 2021, Google started updating the web version of Google Play. In May, a new web version was widely released. Here are some interesting features of the new version:

1. In the App View, users can use device filters such as Phone, Tablet, TV, Chromebook, Watch, and Car.

2. There are large sections at the top where key details such as ratings, reviews, and downloads are mentioned.

3. The sidebar on the right of the app page recommends more apps.

2. On the mobile website, there is a menu in the bottom bar.

4. On the developer app page you can see all available apps without clicking the button.

5. From the books tab users can go to Library and Wishlist where they will find the old design of the page.

6. The Play Movies & TV player are the same as the old version.

Asodesk has added an Estimated Installs metric to the Keyword Table

Based on user requests, we’ve added the Estimated Installs metric to the Keyword Table. Now you will know how many installs each keyword can bring to your app per month/year. This metric will help to decide which words you should add to your metadata and which you should leave out.

The Estimated Installs metric is now available on Business and Enterprise plans that include ASO. Try it out for your app on Asodesk.

Learn more in our blog.

Start working with Asodesk professional tools for free. You can get full access to the platform after registration. 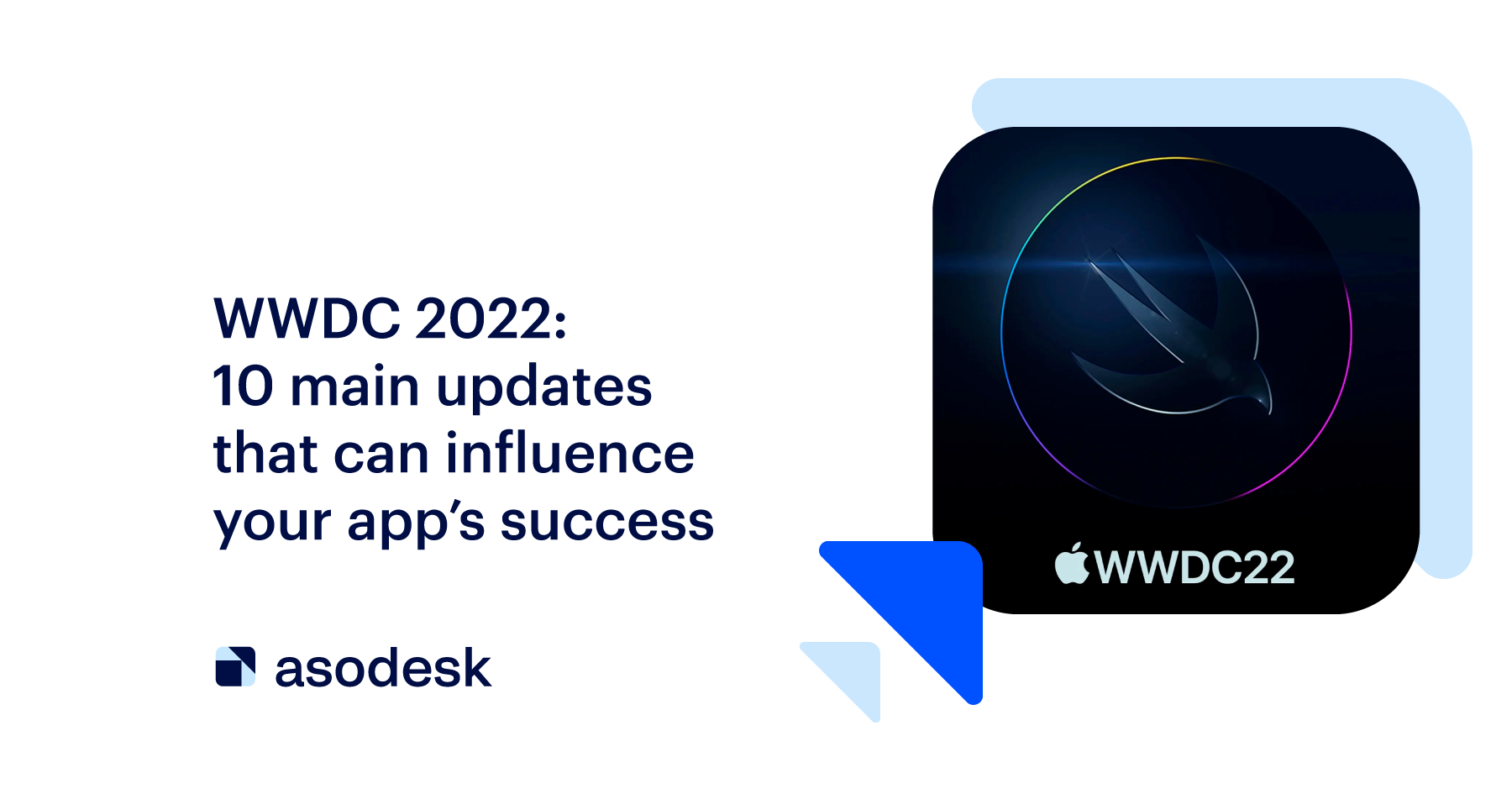 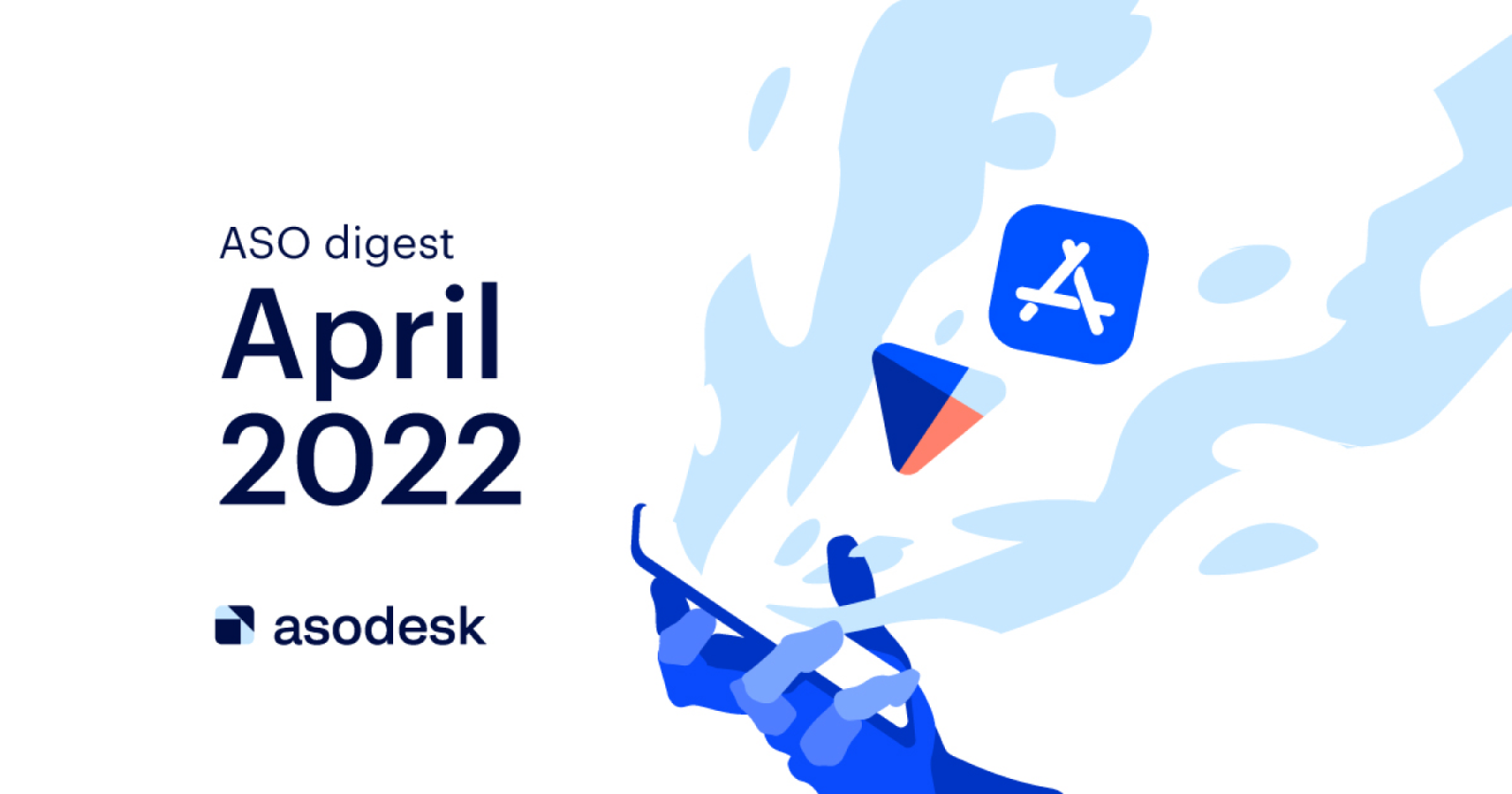 Apple will delete outdated apps from the App Store. Google starts implementing a Data safety section in Google Play. Asodesk now allows you to reply to reviews via Email and Slack. Read more