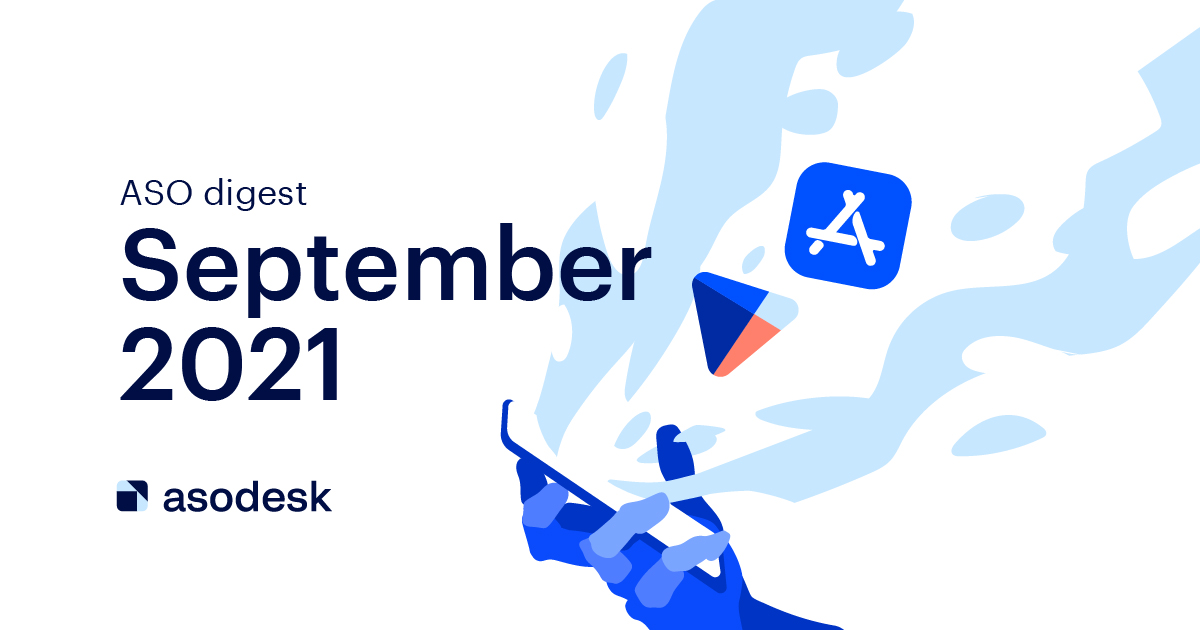 In September, a California court ordered Apple to accept payments outside the App Store. iOS 15 was released, with new features that will impact ASO. New capabilities for managing a team in the Google Play Console have been added. Asodesk released a guide to help you choose countries for promotion in search. Read about these and other events in our digest.

1. iOS 15 features will impact ASO specialists’ and app publishers’ work
2. New in-app purchases available in the App Store
3. A California court ordered Apple to accept payments outside the App Store
4. Apple has created an ad banner generator for apps in the App Store
5. App Store users can now rate built-in Apple apps
6. Developers will be able to refer to sites to manage user accounts within apps in the App Store
7. Google Play Console now has useful features for easy teamwork
8. New Google Play policy updates are taking effect
9. A guide on how to choose a country for promotion in App Store search

iOS 15 was released on September 20, and Apple announced all the updates in their blog. Let’s consider the most important changes that will affect ASO specialists’ work:

1. Screenshots of installed apps have disappeared from the App Store search, which will allow other apps to come into the user’s view more often.

2. The new In-app events section will allow developers to speak about events on app pages, in search results, personal recommendations, and thematic collections.

3. The Focus feature will block notifications on the device and show them only at certain times. Because of this, your messages may get lost in the general list and users will miss them.

4. New widgets such as “Today”, “Continue game”, and “Friends are playing” are now available in the Game Center. Thanks to these widgets, top apps and games can get additional installs.

5. By searching on your Spotlight device, you can find and download an app without visiting the App Store. Apps that are at the top for a certain search request may now receive even more installs.

This summer, we explained how to prepare for iOS 15 during the Asodesk webinar. Experts from Ada Health, Phiture, SplitMetrics, Wolt, and Neil Patel Digital explained how to work with custom product pages and A/B testing. Read the experts’ tips in this webinar article.

Apple has released StoreKit 2 and a set of APIs for working with in-app purchases in the App Store. With these tools, developers can better track and support in-app purchases.

StoreKit 2 will help you easily determine the regulations for products and participation in offers. You can also view a user’s in-app purchase history quickly, and check their subscription status. Using this tool, you can request a refund and manage subscriptions from within your app. The new App Store API server allows you to solve problems with in-app purchases faster.

On September 10, a California court ruled that all alternative payments should now be accepted on the App Store. Apple can no longer prevent developers from linking to third-party payment methods in the app. The court’s decision will come into force in three months.

The New York Times notes that this decision could be a serious blow to Apple and negatively affect the company’s revenue.

This is great news for developers as they can now avoid Apple’s 15–30% commission.

Previously, users couldn’t rate built-in apps in the App Store, but this feature is available since the release of iOS 15. Many Apple products have already received low ratings. For example, the News app has a rating of 2.3, Apple Music received 3.7, and Translate only has a 2-star rating.

App Store users can now see how other users really feel about Apple apps. This may have a negative effect on the company’s reputation and users are more likely to download third-party apps.

A new generator that automatically creates banners for ads is now available for App Store developers. To generate banners, you need to select your app, formats, colors, and text in several languages. The new tool will speed up the preparation of creatives for app promotion.

From the start of 2022, it will be possible to refer to the website to manage user accounts in all reader apps (music, video, and books).

The decision was made thanks to an agreement with the Japan Fair Trade Commission (JFTC), according to which Apple must change the requirements for apps to consume content. Although the agreement was only made with the JFTC, Apple will apply this change to all content apps in the store.

Google has updated the Google Play Developer Console to clean out the interface and add new features to make managing teams easier.

1. Users’ names and descriptions on the “Users and permissions” screen have been changed. Now the administrators can easily see what is and isn’t allowed for users.

2. Search, filters, and batch editing are now available, which will simplify work with multiple users.

2. Users will be able to request permission for certain actions from the administrator.

3. There are now new permission groups to save time managing access given to team members.

From October 4, the Ads Policy will change how Android advertising IDs are used. This advertising ID will be unavailable or will be turned into a row of zeros if the user deletes it on a new device.

From October 28, User data will have a provision that prohibits the association of persistent device identifiers with personal and confidential user data and identifiers that can be reset. The only exceptions are approved cases.

For more information on other policy updates, see the Google Play Help Center.

It is important to choose the right countries for promotion in the search, otherwise, you will not get any results from ASO. We have created a guide that will help you determine the best countries for ASO in the App Store.

The guide is based on the framework that Artem Tkachuk presented during his speech at the App Promotion Summit. The framework takes into account the following: market size, competition, and potential for organic growth. Learn about six easy steps to select countries in this article.

We regularly speak about news from the ASO world, as well as share useful tips and insights from experts on the Asodesk blog. Subscribe to our newsletter and never miss our new articles! 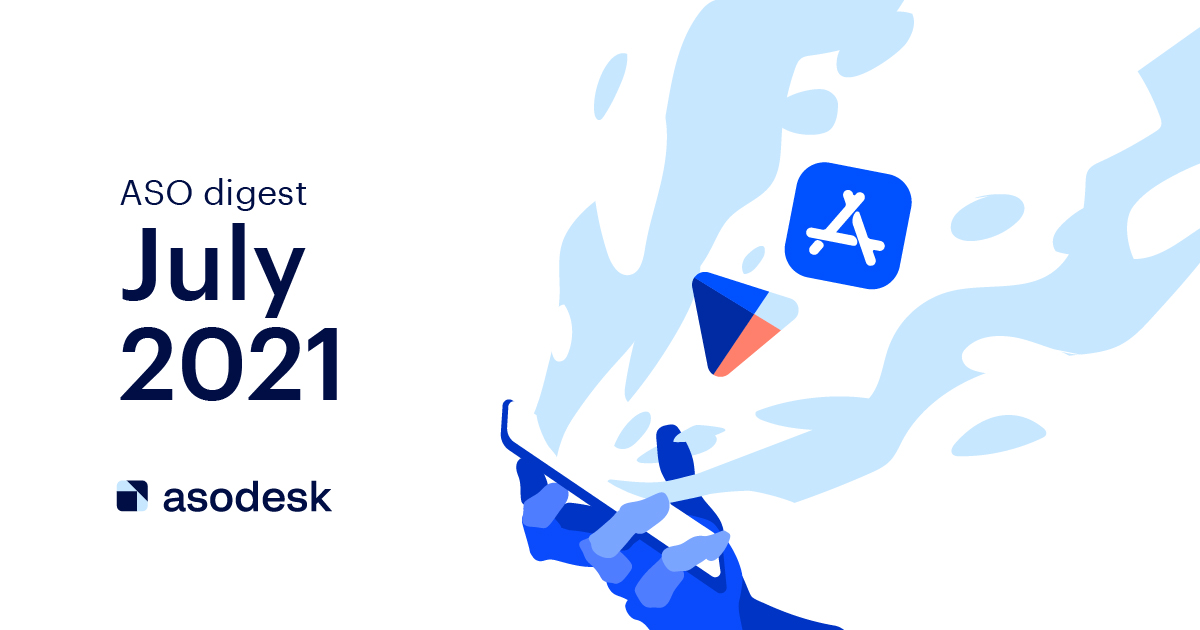